Ghosts of The Past 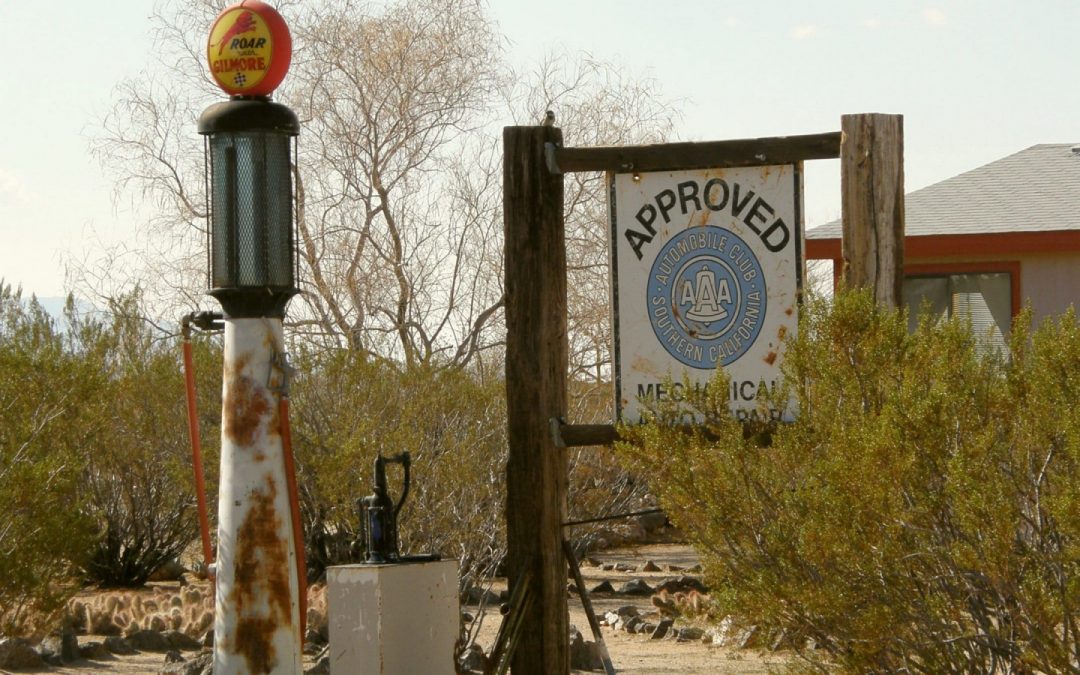 Ghost towns. Just the mere mention of these words conjures visions of dusty streets, blowing tumbleweeds, and weathered old buildings adorned with faded signs. As with many things in life the reality is often quite different from the dream.

Some towns , such as Oatman, stretch the very definition of ghost town. This old mining town has been transformed into a tourists Mecca. As a result the line between historic tangible link to the western frontier and the romanticized perception of that time are blurred.

Goffs located west of Needles, California on state highway 66 is less than a wide spot in the road. But there was a time when this was a bustling railroad center with an economy fueled by traffic on the Arrowhead Highway, National Old Trails Road, and later, Route 66.

As what remains of Goffs is mostly windswept ruins and sun faded relics the first time visitor is surprised to discover the Mojave Desert Heritage and Cultural Association that is housed in the renovated historic 1914 schoolhouse. The diverse array of exhibits inside as well as outside at this museum complex are on par with what you would find in a major metropolitan area.

Nelson, Nevada, just off U.S. 95 north of Searchlight on state highway 165 better fits the traditional descriptor of ghost town even though there is still a small population of 40 people. There is a rich and colorful history associated with this remote desert community.

The first reports about the rich mineral deposits in nearby Eldorado Canyon on the Colorado River date to Spanish explorations in the area during the late 18th century. Actual mining developed in earnest in the 1860s and continued intermittently through WWII.

The town has a colorful and dark history. Counted among the victims during the towns violent years was Charles Nelson, the towns namesake. Facts are intertwined with myth and legend but it is known that it was an argument over a woman that led Ahvote, a Paiute miner, to Nelson.

Tours of the historic Techatticup Mine are counted among the highlights of a visit to Nelson. In formation about these tours is available at the general store.

After exploring Nelson, follow the highway to its end overlooking the Colorado River. The scenic drive is an adventure in itself. But it should be noted that aside from cold drinks and snacks sold at the general store there are no services in Nelson or on highway 165.

Aside from being an ideal place to start a business, raise a family or to retire, or to just enjoy recreational activities on the Colorado River, Bullhead City is at the heart of an adventurers paradise. Even without a Jeep or off road vehicle there are more than enough fascinating day trips to fill years of fun filled weekends.