Mohave County Board of Supervisor candidates disagree on incentives for business 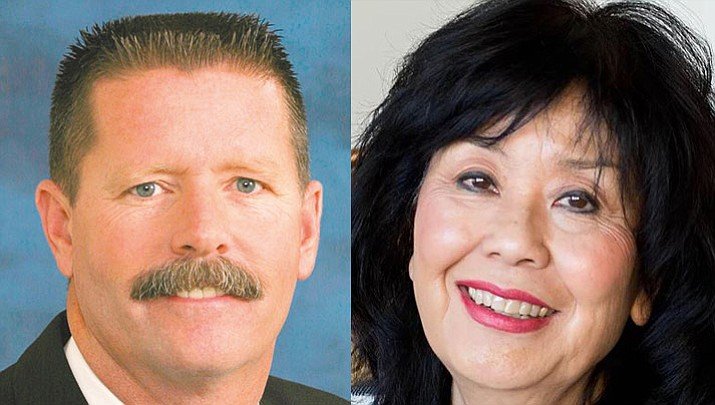 Funds for Dot Foods an investment or corporate welfare?

In the fight over a seat on the Mohave County Board of Supervisors, views on economic development might separate one candidate from the other.

During a recent candidate forum, supervisor candidates Lois Wakimoto and Ron Gould were on opposite sides of the county’s decision last year to use $500,000 in economic incentives to lure Dot Foods, a large foodservice redistribution company, to Bullhead City.

“I have a problem with county payouts,” Gould said. “I consider this corporate welfare.”

Gould is making his second run at a seat on the board since 2017. He is a former four-term Arizona state senator and a former member of the Lake Havasu City Council. Gould said one of his strengths is to know when local government should assert its power to stimulate economic development and when and how it shouldn’t.

“Government should not decide who are the winners and losers,” Gould said. “Attracting economic development is done by creating an environment that is conducive to do business. When you offer a handout like that it leads to corruption.”

To attract Dot Foods to Mohave County, the company was offered $500,000 in economic incentives by the board of supervisors, matching a $500,000 state grant. County officials at the time said the incentives convinced the company to choose the Bullhead City location over a distribution center in Henderson, Nevada.

The company, which offers more than 112,000 products from 830 food industry manufacturers, recorded $6.2 billion in sales in 2015. When it opened its Bullhead City location in March, Dot Foods said it brought 100 new jobs to the area, and according to Wakimoto, the company has promised to expand its operation.

The seed money from the county came with the stipulation that Dot Foods hires at least 125 Arizona residents over a three-year period, pay an average annual wage of $43,141, contribute at least 65 percent of employee health insurance benefits, and invest in infrastructure and equipment.

“They have given people in this area an opportunity to have jobs that pay good wages,” Wakimoto said. “What they have done to feature what we can offer in Mohave County … will bring more and better services to our area.”

Gould believes allowing the five-member board of supervisors to give away such vast sums of money to private companies can lead to problems. He said the sales pitch to attract companies ought to focus on the area’s quality of life, relatively low taxes and proximity to interstate highways.

“As a free-market conservative the right method is to limit regulation and produce positive tax benefits for everyone rather than the companies chosen by politicians,” Gould said. “I’d rather see government stay out of business altogether.”

Wakimoto says she believes there will be a return on investment for the county. Although the deal to bring Dot Foods to Mohave County was before her time on the board, Wakimoto said she is confident it will provide continuing economic development, regardless of who and what was responsible for bringing the food distributor here.