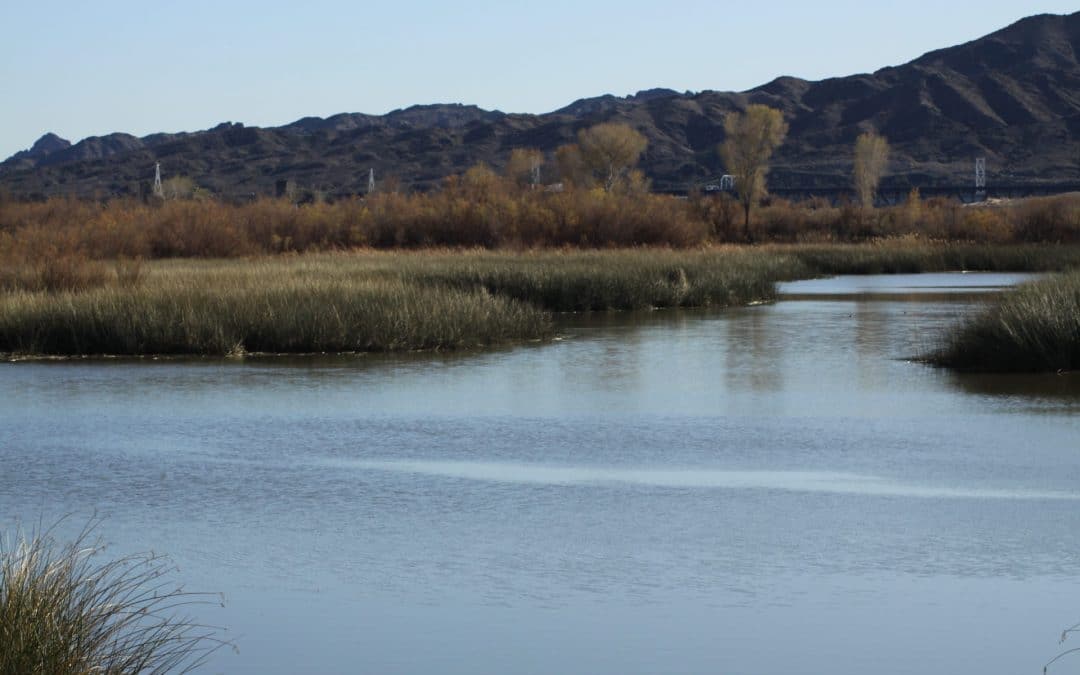 Bullhead City, Arizona on the banks of the Colorao River is often referenced as a desert oasis. And rightly so. This dynamic, vibrant mini city that is firmly rooted in a colorful history is fast becoming a destination for people lookinig for a new place to call home.

Counted among the many gems that make Bullhead City special is Havasu National Wildlife Refuge, a desert oasis in the literal sense of the world. It was established with an Executive Order issued by President Franklin D. Roosevelt in 1941 to preserve migratory bird habitat on the middle Colorado River.

These riparian areas were being increasingly threatened with construction of dams on the Colorado River. These included Parker Dam completed in 1938, Boulder Dam, now Hoover Dam, dedicated on September 30, 1935 and Davis Dam completed in 1951.

The refuge consists of 37,515 acres along the river in Arizona and California. Even though it only protects thrity miles of river it encompasses nearly 300 miles of shoreline from near Needles, California and Topock, Arizona to Lake Havasu City. This is one of the last remaining natural riparian areas on the river and it includes the majestic twenty mile long Topock Gorge, and a rugged section of mountains known as the Needles.

As it is within the Pacific Flyway, a major north-south North American migratory route, it is a haven for an array of birds such as geese, quail, cranes,  yellow-billed cuckoo, ducks, egrets, roadrunner, bald eagle, falcons, herons, falcons, and numerous endangered species. It is also a breeding ground for many species. To date more than 315 species have been identified!

The 17,801 acre Havasu Wilderness designated in 1990 lies within the Havasu National Wildlife Refuge. The area abounds with wildlife. In the gorge bighorn sheep are a common sight. Observant hikers and boaters, especially during early morning hours, will often see coyotes, bobcats, foxes, and porcupines. The endangered desert tortoise as well as Gila monsters, lizards and a variety of snakes also inhabit the area.

The refuge office is located at 317 Mesquite Avenue in Needles, California. On holidays, after hours, or on weekends and holidays, a self-serve kiosk with pertinent brochures is front of the administrative office.

Ranger guided tours in Havasu National Wildlife Refuge are offered on the second Tuesday of each month, from October thru April, 8 to 10 a.m. MST. This is an excellent opporutnity to learn about the plants and animals in the refuge, and conservation efforts.

And after a morning of exploring the refuge with hiking or by boat, Topock66 Marina and Riverstore is another desert oasis worthy a visit. Cold drinks and a good lunch are always a great way to round out a desert adventure.