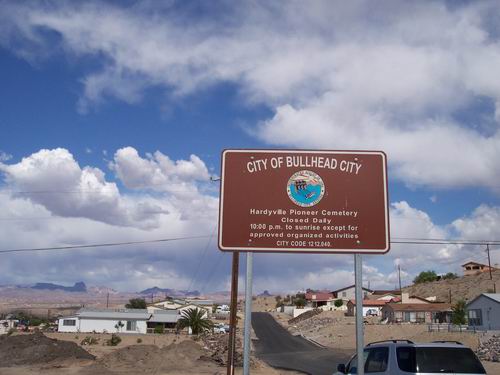 The historic importance of the forlorn old cemetery at 1776 highway 95 in Bullhead City, Arizona can not be overstated. It is the last vestige of a territorial era community that played a crucial role in the development of northwestern Arizona, and a tangible link to a frontier era pioneer that made innumerable contributions to the State of Arizona.

William Harrison Hardy was born in Allegany County, New York on April 25, 1823. As with many young men of the era he succumbed to the allure of the west fueled by countless tales of riches, of boundless opportunity and of adventure. It was the gold rush that served as incentive for his trip to California. Elected captain of the wagon train, Hardy made that arduous trip in 1849.

In 1849 he traveled west to California with a wagon train in 1849 and became “Captain Hardy” when elected captain of the company. Captain Hardy, as he was known for the rest of his life, made a small fortune through various pursuits in California and then turned his attention toward the Arizona Territory. In an interview given in 1888, Hardy said, “I crossed the Colorado River near Fort Mohave on January 20th, 1864. At that time there was no real settler in Mohave County. A company of California Volunteers under Capt. Charles Atchison was stationed at Fort Mohave, as a road had been partly worked from Santa Fe, New Mexico, to Los Angeles, California, via Fort Mohave, and the Indians were found to be hostile and required the presence of United States troops to keep them in check, as when permanent settlers began to settle upon land, the Indians soon broke out in general warfare. I came to Arizona seeking adventure. I brought with me some money and a stock of merchandise, including mining tools.”

In 1865 he established the town of Hardyville to capitalize on the increasing steamboat traffic on the Colorado River and the road connecting Fort Mohave with Fort Whipple at Prescott. Hardy operated the mercantile store as well as a hotel and saloon. He also established a ferry service and shortened and improved the military road as the Mohave-Prescott Toll Road, and a stage line. He also represented Mohave County in the territorial legislature from 1867 to 1873 and was a member of the first board of prison commissioners that supervised the construction of the Arizona Territorial Prison in Yuma, Arizona. Hardy died at his sister’s house in Whittier, California in June of 1909.

With completion of the railroad to the Colorado River in 1883, and the crossing established at Topock and Needles, Hardyville quickly became little more than a faded relic. The weathered adobe ruins remained a popular attraction into the first decades of the 20th century.

There is little information about the cemetery, or the people buried there. The University of Arizona completed a tentative study and documented eleven burials, ten with tentative identification. They provide a glimpse into Arizona territorial life. These included Adelida Amaro who was born in California 1854 and died in childbirth at age 16. Born in Mexico in 1835, Edwardo Bernol was a blacksmith shot and killed in 1870. Born in Scotland in 1845, Robert Keffin drowned in the river in 1845.  John Killian or John Gillian was from Davenport, Iowa was ambushed by Indians and was “buried in October 1866.”   William J. Tuttle, a stagecoach driver, died May 1867. According to the legend, when he arrived across the river from Hardyville, he was supposed to fire a shot to summon the ferry. Instead, a passenger fired a shot, hitting the back of his head and killing him.

The Hardyville Cemetery is well worth a visit. It is a tangible link to the Bullhead City’s earliest history.