Play in our Community ~ Golf

We have some championship courses too.

The terrific climate in Northwest Arizona provides spectacular golfing opportunities year-round, and many courses offer stunning desert, lake or mountain views. Pack your clubs or rent a set while you are away from home to get a piece of the action. You will find a total of 12 different golf courses in Bullhead City, Kingman, Lake Havasu City, and the stretches in-between. 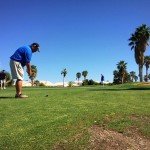 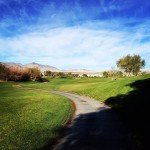 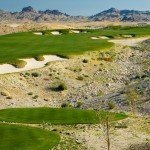 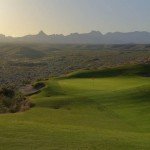 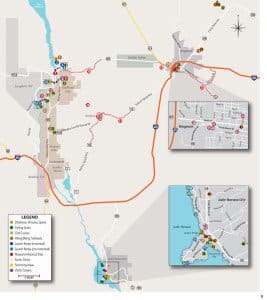 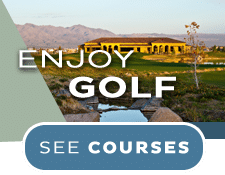 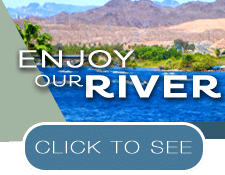 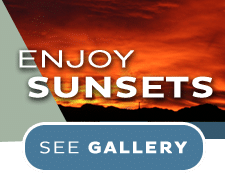 Play in our Community ~ River

Beautiful beaches line our coast of the Colorado River.

Fishing is popular all year long. Anglers can haul in black bass (large & small-mouth), striper, pan fish and catfish. There are three free fishing piers in the area, two in Lake Havasu City that are open 24 hours and one in Bullhead City open from sunrise-11pm. (See map.) Note: A valid fishing license is required for anglers 14 years of age and older. Licenses are available on line from Arizona Game & Fish at www.az.gov/app/huntfish. 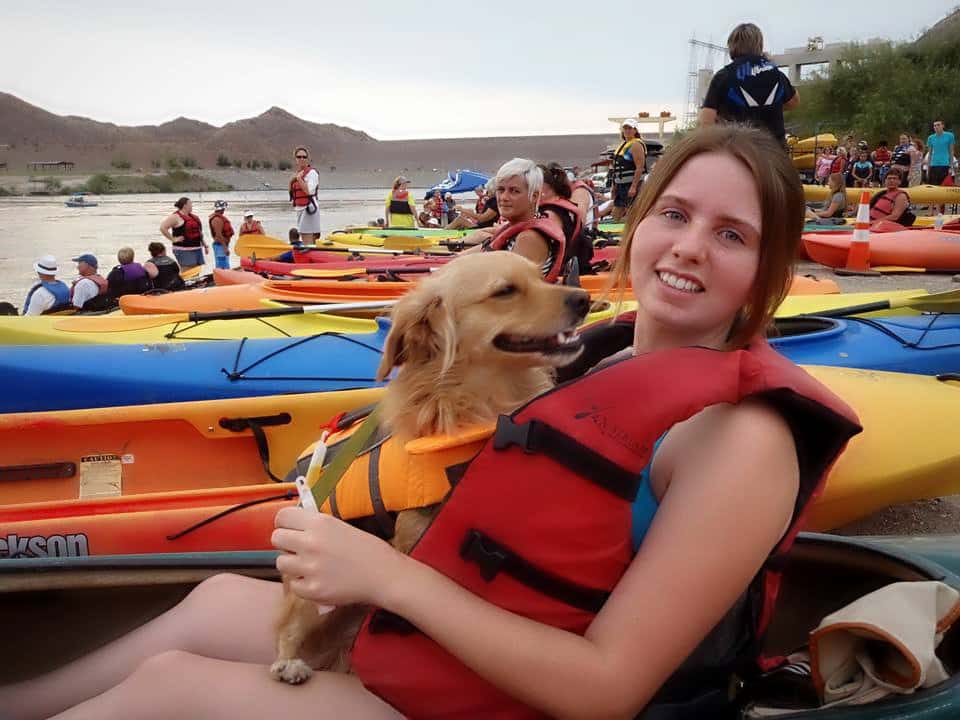 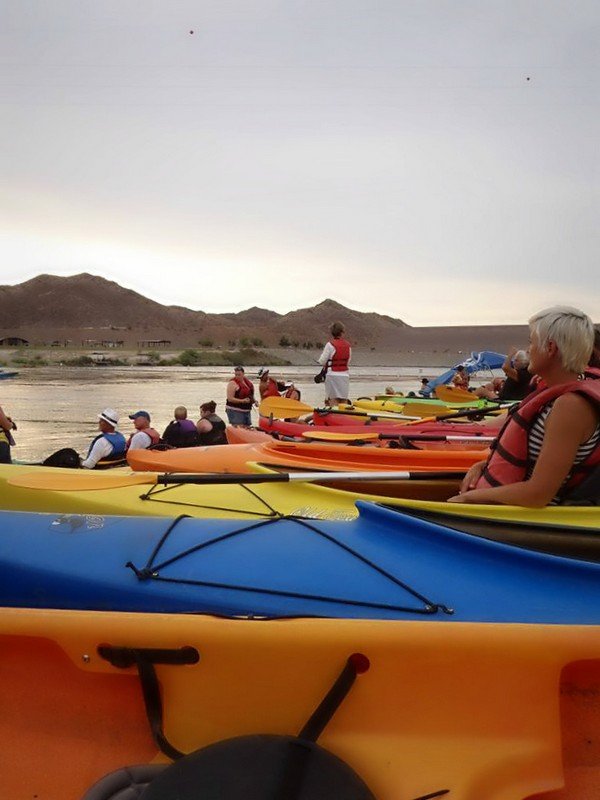 Play in our Community ~ Hiking

Only a few minutes away from Bullhead City.

To many first time visitors, the Mojave Desert seems barren and desolate, but a walk through Grapevine Canyon offers another perspective. A fresh water spring flows out of the canyon floor in non-drought years. This desert spring provides life-giving water to a wide assortment of plants and animals. The presence of the water and the abundance of plants and animals may have drawn early humans to this area as well.

Evidence of the Prehistoric Indians who lived in this area can be found by following the trail from the parking area to the mouth of the canyon, an easy ¼ mile walk. Rock drawings known as petroglyphs are etched on the large boulders at the entrance to the canyon. They are believed to have been created by these early people.

The hike farther into the canyon is moderate with some climbing over large boulders required.
The relatively lush plant growth in the canyon is in sharp contrast to the stark hillsides. This extra moisture from the small spring allows a number of plants to grow here that could not survive on drier slopes. Cottonwood, arrowweed, canyon grape, cattails and rushes grow in the canyon.
The presence of a spring and the variety of water loving plants draw desert bighorn sheep and other animals into the canyon.

The trail meanders along the bench on the edge of Grapevine Wash. As it approaches the canyon mouth, the first petroglyph panels can be seen on the boulders and cliff faces on either side of the wash. The designs and figures carved here pose many questions. What do the petroglyphs mean and why were they put here?

Determining the exact age of the petroglyphs is difficult. Evidence from recent research projects indicates that the age of the etchings spans a time period from as recent as 150 – 200 years ago to more than 800 years ago.

Play in our Community ~ Casinos

Across the Colorado River from Bullhead City.

Today there are nine hotel/casinos and one motel in Laughlin providing over 10,000 rooms, 175,000 square feet of meeting space, 60 restaurants, two museums, a 34-lane bowling center, an outlet shopping mall and a variety of boutiques, spas and salons. More than 14,000 casino workers now cross the Colorado by shuttle boat or the Laughlin Bridge each day.

In 1964 Don Laughlin, owner of Las Vegas’ 101 Club, flew over Laughlin and offered to buy the property. In less than two years the motel and bar, now called the Riverside Resort, was offering all-you-can-eat chicken dinners for 98 cents, play on 12 slot machines and two live gaming tables. Guest accommodations were available in four of the motel’s eight motel rooms. The Laughlin family lived in the other four rooms.

South Pointe was renamed Laughlin when the U.S. Postal Service inspector insisted Don Laughlin give the town a name-any name-in order to receive mail. Don Laughlin recommended the name of Riverside or Casino, but the postal inspector used Laughlin instead.

In 1972 the Riverside Resort added 48 rooms, followed by several additions and in 1986 built the first 14-floor high-rise.

A second casino, the Bobcat Club opened in 1967 where the Golden Nugget Laughlin currently operates. In 1968 a third casino, the Monte Carlo opened its doors.

Across the River, Bullhead City flourished in the glow of the casino light. Shuttle boats transported customers from the Arizona side of the river to Laughlin’s resorts.

During the 1980s a surge of casino construction exploded in Laughlin. The Colorado Hotel (now the Pioneer), Sam’s Town Gold River (now the Laughlin River Lodge) and the Edgewater opened early in the decade. The activity attracted other investors to begin a second boom resulting in the construction of the Colorado Belle, Harrah’s Del Rio, Ramada Express (now Tropicana Laughlin) and finally, in 1990, the Flamingo Hilton (now Aquarius).

In 1987, Don Laughlin funded and built the Laughlin Bridge at a cost of $3.5 million. He donated the bridge to the states of Nevada and Arizona. The bridge carries 2,000 vehicles daily.

Play in our Community ~ Off-Roading

You will find miles of BLM off-road trails all over the region. Secret Pass in the Black Mountains of Bullhead City is one such challenge. Its stark beauty and a watering hole give you a taste of this part of the world from centuries ago. Pack a lunch (pack out your trash!) and take this trip in the winter or spring, when the water is trickling through.

The Hualapai Mountain OHV Trailhead, 14 miles outside of Kingman, offers hundreds of miles of BLM trails and former mining roads suitable for ATV and OHV use. In this sky island oasis, you will find cool pines, majestic views, a wide variety of wildlife and historic sites including remnants of former mines operated more than a century ago.

From Lake Havasu City you can access more than a dozen trails within easy driving distance, including popular favorites such as Standard Wash and Falls Springs Wash Trail. If you did not bring the right vehicle this time, six local companies offer rentals of ATVs, UTVs and Jeeps.