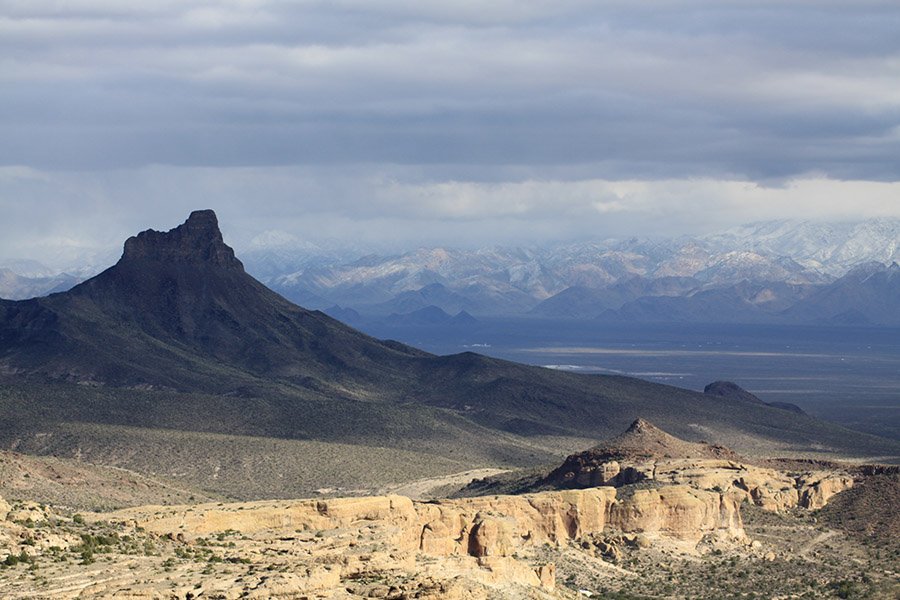 Never judge a book by its cover is an old adage that aptly applies to Bullhead City nestled on the
banks of the Colorado River. A simple drive along the parkway or through town provides but a
glimpse of all the amenities enjoyed by the people who call this desert oasis home.
Activities and opportunity for adventure abound. People travel for miles to enjoy water sports on
the river and the lake, and world class entertainment at the casinos in Laughlin. And they travel
from throughout the world to drive the scenic 160 Miles of Smiles that is the longest
uninterrupted segment of Route 66 remaining. Imagine being a vintage car or hot rod enthusiast
and having this treasure at your doorstep!

There is a cinematic connection to where this storied highway crossed the Colorado River a few
miles south of Bullhead City near the resort at Topock. Located immediately to the south of I40
is the Old Trails Bridge that opened in 1916 as the river crossing for the National Old Trails
Road, and that carried Route 66 traffic until 1947. In the 1940 film adaptation of John
Steinbeck’s award-winning novel The Grapes of Wrath, Henry Fonda drives onto the bridge as
the Joad family crosses into California. In the classic film Easy Rider, Peter Fonda crosses the
river on the last bridge to carry Route 66 traffic.

From I40 the pre 1952 alignment of Route 66 courses past the Havasu National Wildlife Refuge,
more than 17,000 acres of designated wilderness and one of the last natural riparian areas on the
lower Colorado River. Consistently this is rated as one of the top birding areas in the southwest.
It is also the habit for an array of native species including desert bighorn sheep, coyote, and
badger.

As the old highway twists and turns into the foothills of the picturesque Black Mountains there
are ever more spectacular views of the Colorado River Valley. But the real gem on this side of
the mountains is the charming village of Oatman that is one part quintessential movie set, one
part quirky roadside attraction and one part historic territorial era mining camp.
Oatman that dates to 1903 was at the center of the largest gold producing district in the state in
the years bracketing WWI. Traffic on the National Old Trails Highway, and then Route 66,
further contributed to the booming economy. As you walk the narrow main street congested with
traffic, parked vehicles and wild burros that roam free, imagine what it must have been like in

1939 when the state highway department noted that one million vehicles traveled Route 66 that
year!

Among legions of international Route 66 enthusiasts, the drive into the Black Mountains and
over Sitgreaves Pass rates as the most scenic section of this highway. Here you will find the
sharpest curves and the steepest grades found anywhere on Route 66, and spectacular vistas as
well as remnants of the old mining camp of Goldroad and long abandoned relics such as Ed’s
Camp that is a tangible link to the highways glory days. It is a photographers paradise.
From the summit of Sitgreaves Pass, looking west, you can see the stark beauty of the California
and Nevada deserts. You can also see Bullhead City and other communities nestled along the
river that adds a sharp splash of color. To the east the highway drops precipitously toward the
wide Sacramento Valley that sweeps toward the towering Hualapai Mountains that are often
dappled with snow during the months of winter.

Never judge a book by its cover. Bullhead City may give the impression that it is a modern
community with a unique charm, but it is also a very special place at the heart of an adventurer’s
paradise.